Recent posts
You are here: Home » Business » 8 Great Reasons to Bootstrap Your Start-up

8 Great Reasons to Bootstrap Your Start-up

The great dream of every entrepreneur, and the driving force behind their often seemingly superhuman energies in pursuit of it, is that of plucking an idea out of the void and transforming it into a successful business.

That, in the long run, takes not only time but also capital investment. Angel investors and venture capitalists usually fail to materialise in time for the epiphany and most of the money ends up having to come from credit cards, personal savings and friends. 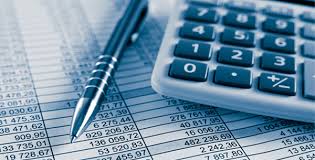 As the start-up cash flow is tight to say the least, an equally tight budget is needed to make every pound of it stretch, and this is where bootstrapping comes in: to maximise resource utilisation when money is thin on the ground or non-existent. The budget is kept low, functions outsourced, long hours worked and often no salaries taken.

Lots of new businesses have got off the ground like this, without a penny of outside investment, and any start-up can learn from their example. Here we outline eight great reasons to go down the manly, self-sufficient and character building bootstrapping route.

Large corporations for example Intuit, understand this and have recently helped many small businesses in solving their accounting problems.

The very nature of bootstrapping effectively forces you to speed up the business cycle of development, testing and repetition. There is simply no time to spend self-indulgently testing the product to perfection. You have to push on with things.

Without the need to agonise over things such as investors and fundraising (because there aren’t any), you can focus completely on the development and marketing of the product itself, building a sustainable model and setting your milestones.

Frees up time for servicing

You can take more care over product/service aspects when there are no investors fussing over your modus operandi and breathing down your neck. The sense of urgency remains, but it is driven from inside and you allocate priorities as you see fit, not somebody else.

The need to prioritise, because of limited funds, encourages razor-sharp focus and the tackling of essentials, instead of wasting money, energy and time on trivial matters. Scaling up from small is a more robust methodology than rushing wildly about and making fatal mistakes.

Bootstrapping enforces leanness and this in turn allows for higher profit margins. Low overheads resultant on low funds facilitates this when every cost has to be evaluated and prioritised.

You get to keep a larger share of equity with bootstrapping, as the longer you can delay outside funding the more of your own profits you get to hang on to.

When investors come on board you’re effectively on the radar screen and competitors are able to spot you and what you’re up to. With bootstrapping you’re still behind a cloud of unknowing and it stays that way until launch, so you also have the element of surprise working in your favour.

Raising money from investors is a double-edged sword. It doesn’t necessarily belong to Damocles but you do indubitably lose some degree of independence. With bootstrapping you’re accountable to no one but yourself, which allows for much more freedom and creativity and a greater sense of achievement when everything finally comes together.